Cool Science is all about making science - actually Science, Technology, Engineering, Art & Math (STEAM) - cool for kids, just like sports, music and art!  We do this by traveling throughout Colorado, mostly up and down the front range from our base in Colorado Springs, but also to several mountain and western slope communities (and even into Wyoming), bringing our unique blend of cool demonstration shows and hands-on STEAM activities to elementary and middle schools and libraries year-round.  Best of all, we never turn away any school that can't pay us. 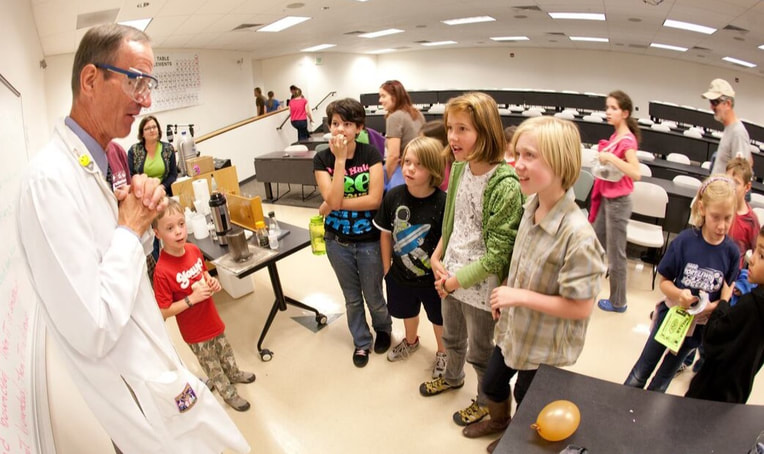 Professor Ron Furstenau after one of his popular "Chemistry Magic" shows during Cool Science Carnival Day. 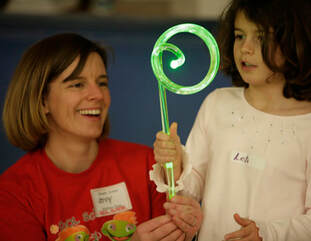 Cool Science founder Jennifer Rivers in 2006
​
Cool Science was founded in 2001 by Jennifer Lacy (Rivers), a chemist and engineer working for the Intel Corporation in Colorado Springs (which also provided the bulk of our early financial support and volunteers), and became an official 501(c)(3) non-profit organization in 2003.  She quickly hooked up with Professor Ron Furstenau from the Chemistry Department at the US Air Force Academy and they began presenting chemistry and other science demonstration shows in local schools.  As our volunteer base expanded so did the number of programs, including several "Days of Science" each year, where a dozen or more scientist and engineer volunteers would take over an elementary school for the whole day to present 4-6 different science shows as well as a mini carnival of hands-on activities.  We also began hosting several Girl Scout workshops at the US Air Force Academy and two more free public workshops each year, in the fall at the University of Colorado Colorado Springs (UCCS) and each spring at Colorado College(CC). 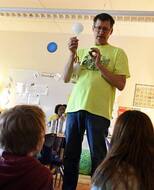 Cool Science Executive Director Marc Straub
Jennifer left in 2008 to focus on being a mom and Marc Straub, an engineer who had been volunteering for more than a year, took over the reigns.  It was a challenging period for Cool Science as Intel Corporation closed its semiconductor chip plant in Colorado Springs and we lost both our largest donor and most of our volunteers.  Marc was forced to largely reinvent Cool Science by focusing on smaller programs in schools and libraries while also enlisting the help of other local organizations to continue offering our "Day of Science".  Thanks to these and other collaborations the annual public workshops at UCCS and CC soon grew into hugely popular hands-on STEAM Carnivals, attracting thousands of kids, parents and teachers.  In 2010 we expanded our fall Carnival Day at UCCS into the 9-day Colorado Springs Cool Science Festival, now a signature event in the Pikes Peak Region.


​The festival may be our biggest event, but we continue to provide a wide variety of exciting STEAM demonstration shows, labs, workshops, science nights, after-school clubs and hands-on activities in nearly 200 schools, libraries and other public venues every year.  Find out more about current programs on the rest of these pages, including our calendar of events.